For our Christmas sessions this year, it was decided that we needed to one-up the spinning Christmas tree from last year. Simply attaching a tree to a beefy motor wouldn’t work - in true TinkerSoc style, we needed to over-engineer this project with just enough bodge to perform.

Therefore, the main components in this build are; a ‘Lazy Susan’ which made with laser cut circles and marbles, a mount for the tree to slot into - which is also laser cut, and a motor that would be more at home on a remote control drone.

The build was mainly a process of designing the circles, motor mount and tree mount in Inventor, and cutting them out using The Shed’s laser cutter. Some trial and error was involved for the circles in particular to make the marbles run as smooth as possible (which ended up being rather rough). Holes were cut in the centre of the circles to run a bolt through to hold the upper and lower portions together, and then parts were glued together, using a mixture of wood glue and superglue (where appropriate).

Once ready, a number of marbles were slotted in, the bolt tightened and the tree inserted…

Here’s some close up photos of the finished product, and during creation. 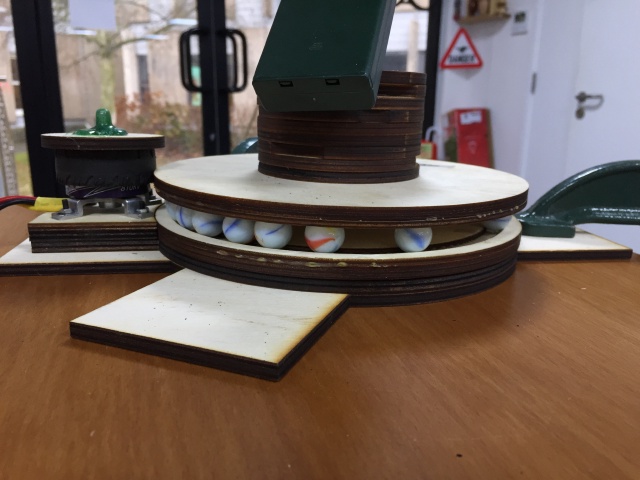 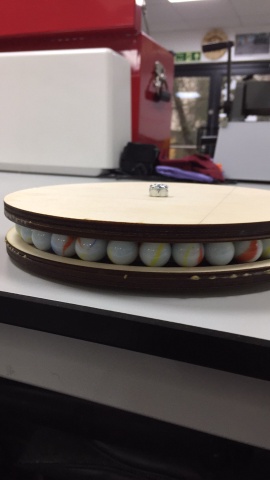 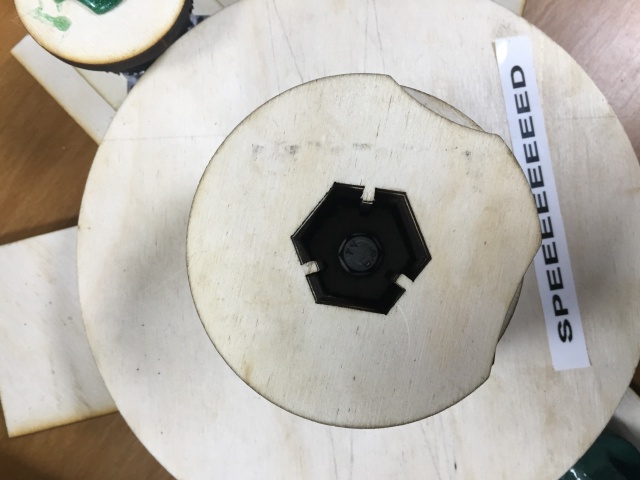