This began as a spin-off (no pun intended!) from a Flite Test glider project. It’s a really good site with lots of practical ideas. You simply download and print the plans and then make it by cutting out the parts in foam board and assembling with hot glue. 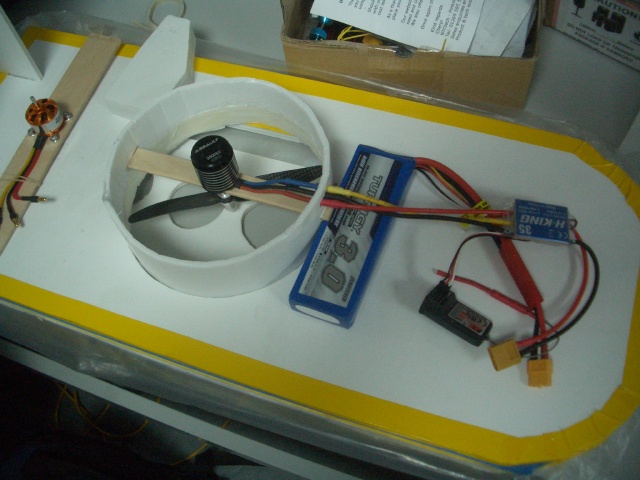 I found they had plans for a hovercraft, and having seen Bruce and Liam’s fan boat the SS Italia take shape at TinkerSoc, it looked like a fun project.

(We had tried making a ride-on hovercraft out of plywood and a leaf blower earlier in the year, but it didn’t quite work). I have been on a full-sized one though, which was really thrilling.

The main structure is made out of foam board and I sourced suitable motors and electronics to power it. I am learning from scratch as I have never done any RC before. The build is taking shape slowly but surely. I need to test the transmitter and motors, fix the thrust fan in place, and fit the servo to operate the direction vanes, and it will be pretty much ready to go.

I reduced the size of the thrust fan slightly to make it better in scale and for stability, and uprated the power output of the lift fan to a chunky 3800kv brushless helicopter motor (I reckoned it was a similar application, so why not?!) First I tried making a motor mount out of aluminium sheet, but found it was too flexible, so opted for thin plywood instead to mount both fans. The skirt (Mk1) is made from a large plastic bag which started life as the foam board wrapper. Waterproof nylon sheet is supposed to be quite good for hovercraft so I may upgrade to this later. I plan to test it out on various different surfaces including concrete, grass and water. 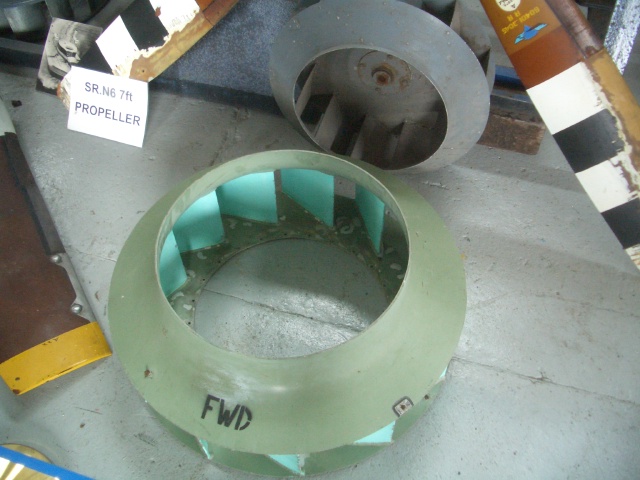 Another upgrade I’d like to make is with the lift fan. The real hovercraft have a centrifugal type lift fan (see pic). I visited the hovercraft museum at Lee-on-the-Solent (near Portsmouth) and measured the basic dimensions of a cross-Channel SRN4 lift fan which is huge (about 3.5m diameter). You can’t buy model versions of these and some people have tried making their own, but I’m going to try 3-D printing one. It will probably be in about 1:40 scale, assuming the motor can handle it. This type of fan is better at generating pressure, whereas other designs create more airflow (there is more to fan design than you might think!) Apparently, making a 3-D printed lift fan is something of a holy grail in the model hovercraft world, so if I can make it work (complete with the original’s aerofoil-shaped blades) it will be something of a first.